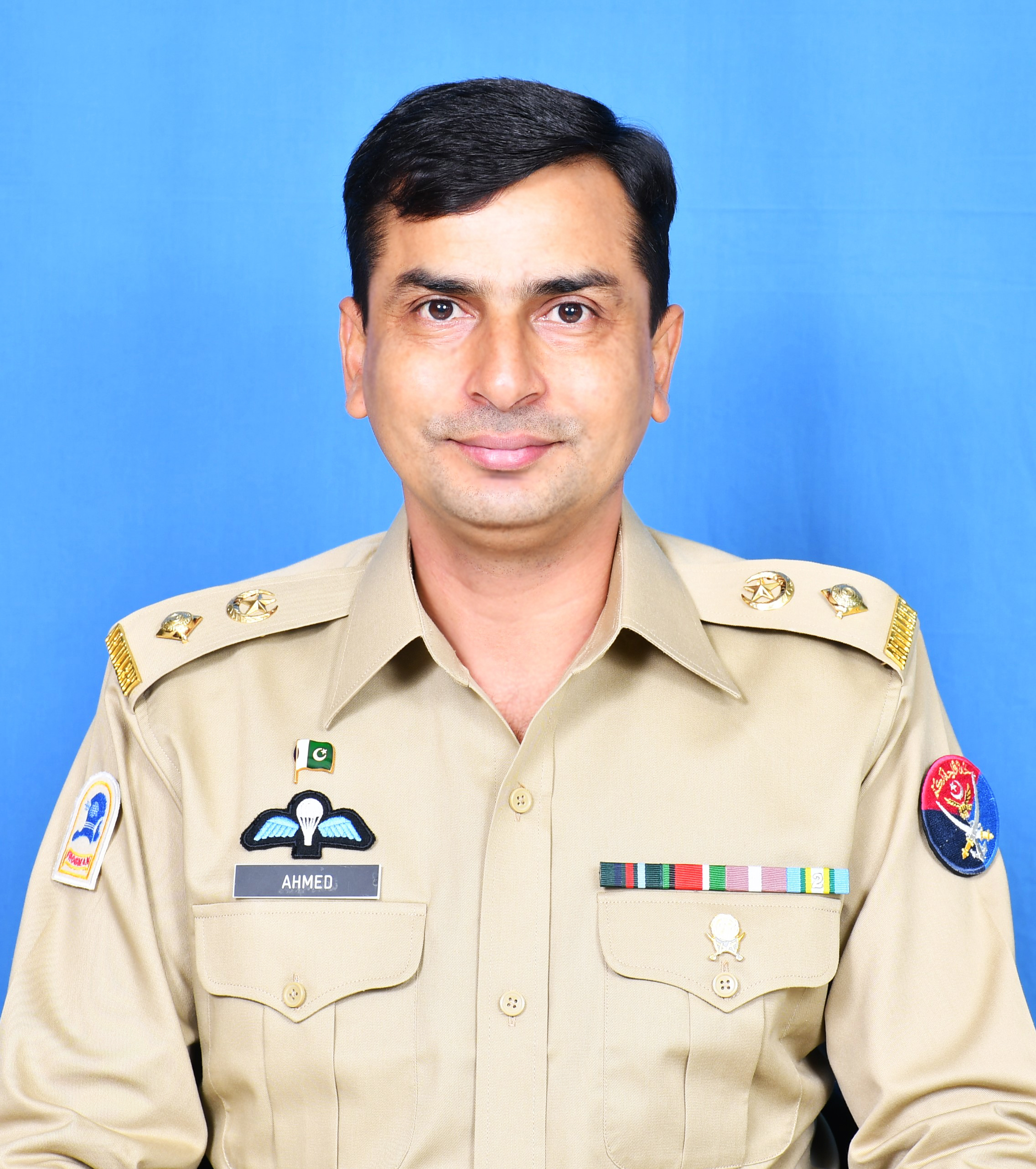 The life of Lieutenant General Sarfraz is truly inspiring, always leading from the front, having a people-centric approach and promoting long-lasting peace initiatives. It was also in the line of duty, to provide relief to the flood affected areas, where he embraced Shahadat.

“The final test of a leader is that he leaves behind him in other men, the conviction and the will to carry on.”
–Walter Lippman 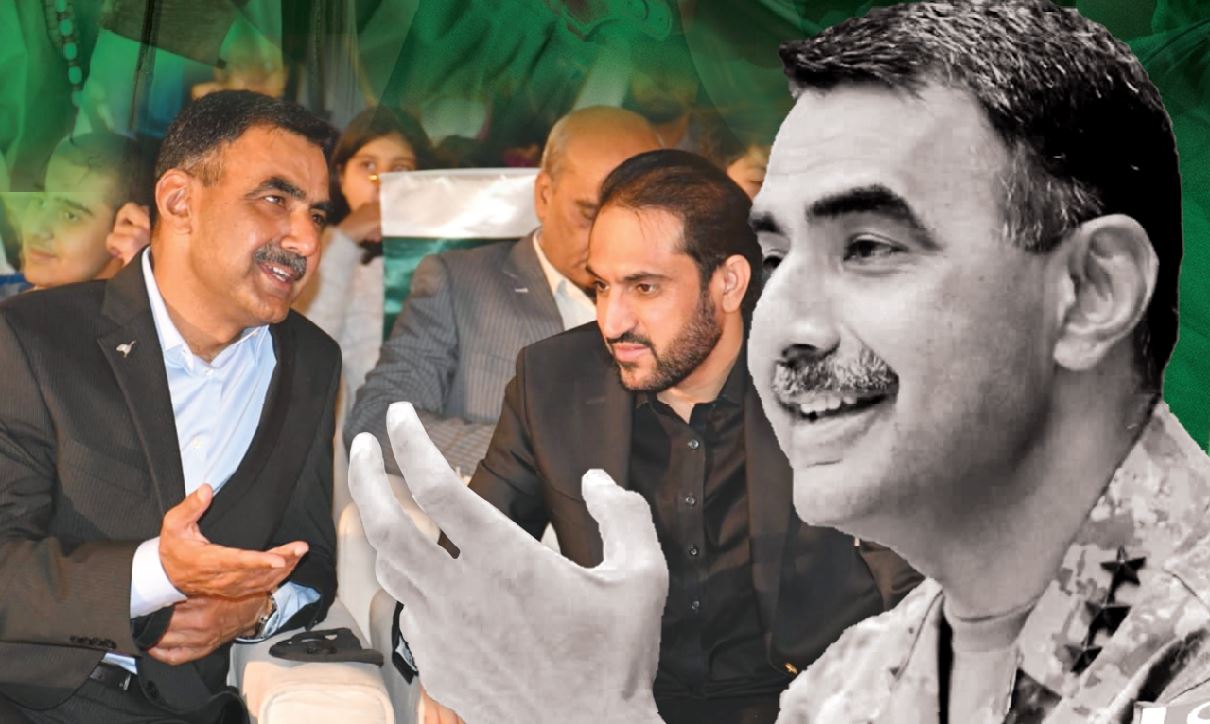 If the ability to inspire others is a gauge of leadership, Lieutenant General Sarfraz Ali Shaheed was indeed a great military leader. He not only had a vision, but also the capacity to translate that vision into reality. He was an epitome of John Maxwell’s maxim, “A leader is one who knows the way, goes the way, and shows the way.”  Blessed with guts and glory, he was destined to earnestly serve his motherland and ultimately make the supreme sacrifice in the line of duty.
I am honoured to have served with him as the Public Relations officer at Turbat, when he was Inspector General Frontier Corps (FC) Balochistan (South) as well as at Quetta when he was commanding 12 Corps. I saw him fighting on numerous fronts throughout without any sign of weariness or complacency. He had the courage to look in the face of problems and take them on. He was always on top of things, driving the whole workforce towards accomplishment of the great mission of securing and serving Balochistan.
His tenure at Headquarters (HQ) FC Balochistan (South), Turbat was marked with great accomplishments owing to his relentless pursuit of strategic and operational objectives. He viewed border security as the bedrock of internal security and strived to ensure expeditious completion of fencing along the international border. He was also instrumental in forward posturing of FC and adoption of a proactive operational approach. His readiness and ability to reach out to the troops in the remotest areas and personally supervising operations and other vital undertakings aimed at strengthening national security produced incredible results in a limited time. His achievements in the counter-terrorism domain can be viewed as a manifestation of his zero tolerance for the ones challenging the state and bent upon undermining Pakistan’s integrity. His drive for capacity building of FC resulted in fast-paced new raisings, induction of modern equipment and enhancement of Intelligence, Surveillance and Reconnaissance (ISR) capabilities. He brought many operational and administrative reforms including some thoughtful measures for soldiers’ welfare.
Leading from the front was his instinctive trait evident from the gallantry award Tamgha-i-Basalat (TBt & Bar) bestowed upon him for his daring actions during the war against terrorism in 2005 and 2010. He would reach out to the leading troops in the midst of operations in the most difficult and dangerous areas, risking his own safety. He stood firmly with his men through thick and thin. He was always brimming with faith and radiated positive energy. His towering resolve, tenacity, spirit of sacrifice and belief in the righteous cause inspired his men to do more and become better. He would personally lead funeral prayers of the martyrs, presenting them his tears and signaling a solemn oath to carry on their mission.
His people-centric approach in dealing with violent extremism and terrorism helped reinforce public trust in the state and revive their hope of a secure and stable Balochistan. He was a great admirer of Balochistan and its people. The way he used to feel for the people of Balochistan was reciprocated by their overwhelmingly positive response to various initiatives for security and socioeconomic development of the area. His personal push resulted in the materialisation of a multi-billion package for the uplift of Southern Balochistan. He held numerous jirgas for resolving a host of issues with active public support, including facilitation/regularisation of cross-border trade including establishment of border markets. His care and concern for religious minorities including Zikri community in Kech earned him a lot of respect. He also galvanized public and local administration for anti-narcotics plan of action to save the future generations and helped establish a number of rehabilitation centres. His inclusive approach was evident from his fruitful efforts for encouraging Baloch youth to join FC which is a territorial force and serves their people/province in the long run.
Youth was at the heart of his vision for a peaceful and progressive Balochistan. He would take every small and big action to bring smiles to their faces and trigger their positive energy. He had tremendous faith in the youth of Balochistan and was always full of praise for their remarkable intellect and exceptional sociopolitical awareness. He did everything possible in helping the cause of education. Many schools were restored, rebuilt and enabled in the entire area of responsibility besides full facilitation of children at FC Public Schools. Once, he learnt about a cottage school in village Inami Bhent, Awaran being run by a teacher after the floods of yesteryears uprooted the school building. Upon his directive, in just a few months, a fully furnished school was opened for the children in September 2020. He was always full of support and encouragement for various colleges and universities in the area. He also ran a grand Youth Skill Development Programme for thousands of students including girls in Makran Division.
Lieutenant General Sarfraz had deep respect for the resilient women of the Baloch society. His strong conviction made him break the old myths and bring into limelight progressive mindset of the Baloch society. Against the popular perception, he moved to induct Baloch women in FC, and it worked out so well. He used to cherish the resounding success of this initiative. Later, his decision to dedicate Cadet College Turbat to girls also proved to be prudent. His initiatives turned out to be icebreakers transpiring hope and confidence in Baloch women. 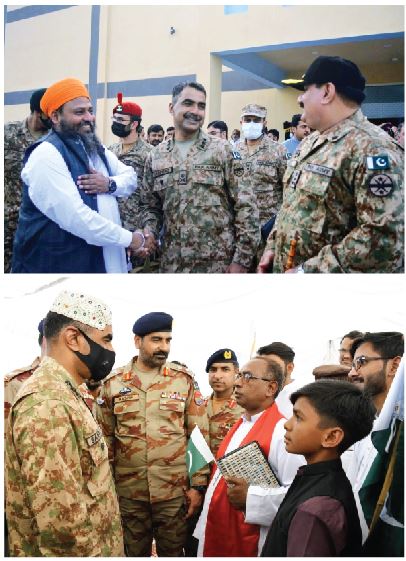